Nearly 13 million children in South Africa depend on the monthly R480 social grant for food, clothes and other daily necessities. Approximately 80% of children attend Quintile 1, 2 and 3 schools, receiving free education, textbooks and, in some cases, daily lunches and scholar transport.

These and other interventions by the government over the last 28 years since democracy began have been varyingly successful in reducing absolute poverty and child poverty levels, but these gains are being reversed as the South African economy comes under pressure from recessions and other economic shocks. Between 2011 and 2015 income poverty for children increased to almost 67%, after declining to 63.7% in 2011.

When Finance Minister Enoch Godongwana laid out the government’s policy’s goals and priorities in the Medium Term Budget Policy Statement (MTBPS) for the next three years in the last week of October, he said it is the vulnerable sectors of the population who are the most affected by trade-offs in social spending and the other tough budget choices. The MTBPS indicates how government plans to allocate spending in the upcoming February budget  and allows for adjustments mid-way during the spending cycle.

At a session three weeks after the MTBPS, co-hosted by the United Nations Children’s Fund (UNICEF) and the Public Service Accountability Monitor (PSAM), the National Treasury, civil society and development partners held a discussion to find ways to tangible solutions.

Russell Wildeman, Head of Social Policy at UNICEF South Africa, reminded delegates that the annual roundtable on the MTBPS has now been institutionalised, providing a vibrant platform for all concerned to discuss trade-offs within the MTBPS and how it affects the realisation of socio-economic rights.

Making sense of the numbers

Opening the hybrid session, UNICEF’s representative in South Africa Christine Muhigana expressed appreciation for the MTBPS as a transparency and accountability tool and for  government’s commitment to open budgets.

“We view these strategic partnerships as being vital in our collective support of national support of socioeconomic rights in South Africa, the bridging of deep-seated inequities and to the achievement of the sustainable development goals,” she said.

Programme Head at the PSAM Zukiswa Kota highlighted the importance of supporting budget analysts in civil society to better understand the dizzying array of technical documents released by Treasury to ensure accountable governance and keep a “robust and rigorous eye on the budget”.

Deputy Director-General of Public Finance at the National Treasury Dr Mampho Modise explained that the focus of the 2022 MTBPS was to commit to fiscal sustainability and reverse the budget reductions made during the Covid-19 pandemic.

A small, open economy such as South Africa’s is vulnerable to external shocks such as the war in Ukraine, global inflation and domestic issues, but the biggest concern is the energy crisis. The R83 billion in higher-than-expected revenue will partly go toward assisting some of the struggling state-owned entities: Sanral, Denel and Transnet. The R350 Social Relief of Distress Grant which began during the pandemic in 2020 has been extended to the end of March 2024. Modise said that discussions about a permanent grant for unemployed adults is being considered.

Modise explained the rationale behind government committing to a primary surplus: “During Covid-19 we cut budgets by 20% — now we want to build a buffer before another shock that we don’t think is far from now, because they are becoming more frequent,” Modise said. A primary budget surplus of 0.7% of GDP is expected — the first such surplus in 15 years.

Acting CEO at the Financial and Fiscal Commission Chen Tseng praised Treasury for staying the course, not increasing spending during the recent commodity boom, and for not raising taxes during the economic shocks. “The key fundamental of good, credible fiscal policy making needs a consistent approach to policy making. In ensuring credibility, this MTBPS is commendable; it is doing what it set out to do,” he said.

Sitting on President Cyril Ramaphosa’s economic advisory council, Founder and Managing Director of Naha Advisory Dr Thabi Leoka told the audience that fiscal policy is not a matter that is strictly determined by Treasury. “The implementers [of fiscal policy] are ministers and local government; when we look at the failures of the state, building a house, hospitals, road infrastructure, [it] is the responsibility of others in the state,” Leoka said.

Leoka said she had asked the president if the right people are in government, and he admitted that “we have a capacity problem”. As a method of keeping public representatives accountable,   she encouraged greater education about the budget process for people in rural areas, “so they know what is due to them, so they know it’s not a favour”.

Executive Director at the Social Policy Initiative Isobel Frye encouraged greater spending to address South Africa’s inequality gap — one of the highest in the world. She bemoaned the size of the R350 grant, saying: “If you only get a few crumbs, you are unable to turn that into a viable livelihood strategy.”

Modise said that R23 billion was used to service Eskom’s debt in the last budget, as a balance sheet item. She is concerned, and so is Treasury, that Eskom has a direct impact on economic growth and hence, additional support is needed to bring it to a healthy and functional status.

Rensburg said that accountability starts with the politicians, especially through the parliamentary process. Decisions about how the budget is allocated require transparency. He said we don’t have good enough governance processes to direct the budget to the people who really need it. The state must strengthen education and health services. Accountability is key.

Modise said we must focus on priorities, otherwise the budget just maintains the status quo and does not create change. “There is still too much corruption and not enough communication. There is massive underspending, so why all this talk about austerity? Departments submit claims for budget, but then don’t implement their plans. Money from the treasury is not the answer.” She said that regarding capacity, we need properly qualified people in top positions, not political appointees who don’t have the required skills.

Leoka emphasised that “we are not a poor country; we are poorly managed”. Everyone is becoming poorer because of poor decisions made at the top.

Insights from the PBO

Dr Dumisani Jantjies from the Parliament Budget Office (PBO), which advises parliament on budget affairs, said the 2022 MTBPS aims to address the needs of South Africans and secure our future stability and prosperity, but, given the experience with the chosen fiscal policy stance over the past few years, the PBO questions whether the approach taken in the 2022 MTBPS supports the achievement of these goals.

“We are concerned that the approach suggested may further constrain economic activity, erode the social fabric and escalate risks to societal and economic stability. The PBO has raised concerns in the past few years that the credibility of the fiscal framework is at question because the approach in the MTBPS continues to narrowly view risks to the fiscal framework as focused on fiscal targets such as the deficit debt to GDP. It could go much further to alleviate the suffering of millions of households and build their resilience to potentially serious risks, while at the same time boosting aggregate demand and economic growth.”

The PBO called for greater responsiveness and accountability by the executive, which requires parliament to strengthen its oversight and involvement. Coordination between local government and provincial and national governments must be improved. Public participation in budget allocation and in pre-budget debates is essential. Jantjes pointed out that stakeholders can have an influence on parliament’s decisions regarding the budget — for instance, student protests recently affected government spending on higher education. 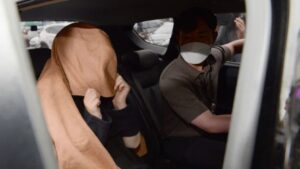 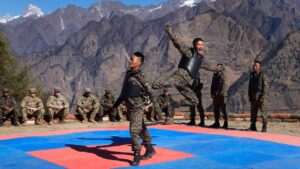