Art is a living thing. It has various permutations and can rouse conflicting emotions. And because art evolves with the artist, the times and the society it reflects, it can be both exclusive and inclusive.

My love affair with art has questionable beginnings. I fell in love with art because of a boy. Cliché, I know. As teenagers, my boyfriend and I used to walk from our school in Berea to the taxi rank in Jozi’s city centre. On Fridays, when school ended early, we would go to

the Johannesburg Art Gallery (JAG) to pretend we were there to look at art but we were actually there to make out.

I don’t think a girl from eZola and a boy from Dobsonville had a clue what we were looking at but every now and then we’d each find an artwork that would have us standing there talking, and sometimes arguing, about what it meant or how we felt about it.

Little did I know that it was a love affair that would continue past my youth.

What I learned during that time is that art is about feeling and not necessarily about understanding. The role of the artist is not to leave you clues that lead you to what they intend to convey with the art.

Unfortunately, because art is perceived as expensive and a pursuit for the rich, few people of colour

see the point of trying to enter a world that doesn’t seem interested in them being part of it. But this is starting to change.

Last week was the Zeitz Museum of Contemporary Art Africa Art & Opulence Gala supported by Gucci. Wearable art and contemporary art came together for a night of glamour.

When We See Us, the exhibition curated by the museum’s director, Koyo Kouoh, features more than 200 artworks from the African continent and the diaspora, having a conversation around some central themes regarding blackness. The Everyday, Sensuality, Spirituality, Repose (which is about looking at how we see ourselves when it comes to leisure and luxury); Joy and Revelry (so often people of colour are associated with trauma and pain so joy and revelry must be a spiritual revolution for us); and Triumph and Emancipation (which Kouoh says is about “black people having agency over themselves”) were some of the themes.

Kouoh worked with musician and artist Neo Muyanga — whom I revere as one part of the music group, Blk Sonshine — as the sonic designer for When We See Us.

Music and art are inextricably linked. After the media launch my team and I had lunch with Zandile Tshabalala, who was on one of my first covers for Friday, her manager Togo Ntokozo Langa, and artists Sphephelo Mnguni and Gherdai Hassell. I used that opportunity to ask them about their relationship with sound when creating work.

Mnguni said he usually listens to hip-hop while creating.

For the exhibition he created a mashup of an art piece for Triumph and Emancipation titled Homage 2022, that features Nigerian music legend Fela Kuti and African American artist Kerry James Marshall.

Tshabalala, the youngest artist to be featured in the exhibition, says she finds music distracting and so prefers background noise in the form of a movie or a documentary.

Muyanga said he listened to everything from the Samba to his own archive, while overlaying that with the themes to create a rich, sonic experience for the viewer.

There was a time when there were debates about whether hip-hop is an art form, but with Kendrick Lamar having been the first winner of a Grammy for the genre, the doors of inclusion are slightly ajar.

This week not only marks the 20th anniversary of The Roots’ Phrenology album, but also the start of the Joy of Jazz, which will feature one of our best musicians, Mandisi Dyantyis. Lamenting his struggles in Xhosa, he confronts dark moments in his life while simultaneously encouraging himself not to give up.

Art is meant to both spark joy and conversation, highlight societal issues while confronting what we so often want to sweep under the rug.

Zanele Muholi is art activist who uses their voice through visual art to address issues about gender and being queer in South Africa. As we spend the next 16 days discussing issues around gender-based violence, we can look to art for not only inspiration but also conversations about how we can be a better society for children and women. Friday has profiled 16 artists who use the medium to confront violence and aggression against women.

When See Us — A Century of Black Figuration in Painting is on at the Zeitz Museum of Contemporary Art Africa and will run until 3 September 2023. 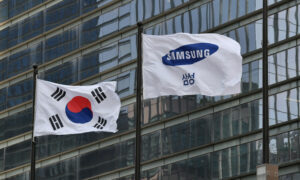