Patience with Putin may be ebbing among friendlier countries

Signs that some countries willing to tolerate Russia’s invasion of Ukraine are losing patience have emerged as Turkey, India and China responded cooly to the announcement that four Ukrainian regions occupied by Russia were planning referendums on joining the Russian Federation.

Turkey, which has been at the centre of mediation between the west and Russia, issued a sharp rebuke, saying in a statement that it was concerned by attempts to stage unilateral referendums.

“Such illegitimate fait accomplis will not be recognised by the international community. On the contrary, they will complicate efforts to revitalise the diplomatic process and deepen instability,” the statement said.

“We renew our support to Ukraine’s territorial integrity, independence and sovereignty, which we have been emphasising since the illegal annexation of Crimea in 2014, and reiterate our readiness to extend all necessary support to resolve the ongoing war … through peaceful negotiations”.

At a briefing in New York, the Turkish president, Recep Tayyip Erdo?an, said he had always supported the territorial integrity of Ukraine.

Erdo?an appeared to have been blindsided by Vladimir Putin’s mobilisation of troops on Wednesday, given that he said in an interview with the US Public Broadcasting Service on Monday that he was under the impression that his Russian counterpart was in the mood to make concessions.

Reflecting on a recent discussion he had with Putin , he told PBS: “He is actually showing he is willing to end this as soon as possible. That was my impression because the way things are going is quite problematic.”

Erdo?an is not the first world leader to end a meeting with Putin with a misleading impression, but Turkey is also facing other pressures.

The country’s banks are under growing sanctions pressure from the US to decouple from Russia. Two private institutions, Denizbank and Isbank, suspended use of the Russian payment system Mir this week after Washington expanded its sanctions on Russia, including targeting the head of the entity that runs Mir. Turkey is never going to be cut off from Russia economically, but business as usual is over.

India’s prime minister, Narendra Modi, whom the the French president, Emmanuel Macron, praised lavishly this week for telling Putin to his face that this was not a time for war, is being urged to follow his comments up with concrete action.

There has been a lot of impatience with India’s refusal to take sides, or what Delhi likes to call juggling balls on a high wire. Jen Psaki, then the White House press secretary, urged the country in mid-March to reflect on “where you want to stand when history books are written at this moment in time”.

India’s external affairs minister, S Jaishankar only referred to Ukraine tangentially at a session at Columbia University this week, but suggested his country had reappraised its attitude toward the US.

“For almost 50 years, for various reasons – I’m not saying we were at fault, or the US was at fault – but the fact was we regarded the US with suspicion with a lot of wariness,” He said. “It was a very substantive relationship, but the overall foreign policy assessment of the US was of deep caution if not of deep suspicion.

“It has taken us a lot of effort to overcome the earlier assumptions in order to forge a different relationship with the US and one of the big differences which PM Modi has made … he has not carried ideological baggage, he’s not a person who is rooted in a certain world view which makes you fundamentally distant from the US.”

That has been reflected in India’s approach to Ukraine, where it has taken small steps away from neutrality. It continually refers to honouring the UN charter, has condemned war crimes committed in Bucha and voted for the Ukrainian president, Volodymr Zelenskiy, to be allowed to address the UN security council by videolink.

China is a tougher nut to crack, and its often opaque statements are open to contradictory interpretations. It may still think its alliance with Russia is necessary to keep Washington in check, but the statements coming from the Chinese foreign ministry spokesman this week hardly endorsed Putin’s gamble.

One former British foreign minister said Russia had retained deep links to countries around of the world, with allies who were still willing to push back against the west and find reasons to excuse Moscow’s actions.

Of the neutral camp he said: ” I think they will extra hedge against a Russian defeat, so they should be open to western engagement. It is clear now Russia can’t win, but that is obviously not the same as losing.”

Previous articlePlanned Parenthood edits fact sheet to say no heartbeat at 6 weeks of fetal development
Next articleIsraeli PM Lapid issues warning to Iran in UN speech: ‘We have capabilities and we are not afraid to use them’ 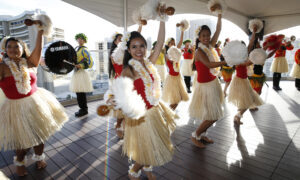 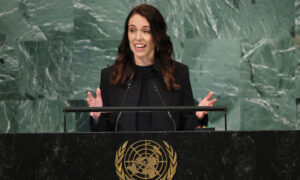