Thailand will offer a 10-year visa to foreign professionals residing in the country starting in September to advance its economy and foreign investment, according to a government official.

Narit Therdsteerasukdi, the Thai Board of Investment deputy secretary-general, said the visa is targeted at “foreign human resources with high potential and skills,” particularly those with expertise in automobile, electronics, and biotechnology.

The long-term visa would also be available to foreigners working remotely in Thailand, as well as individuals with more than $1 million in assets and retirees with a stable pension.

Eligible applicants will receive a digital work permit and have their personal income tax reduced to 17 percent, as opposed to the current 35 percent, while businesses will be exempt from rules requiring the hiring of local people.

Therdsteerasukdi said that Thailand aims to attract a million people from Japan, South Korea, China, the United States, and Europe through the scheme, which is projected to contribute $27.6 billion to the economy.

“We expect the visa holders to spend 1 million baht (around $28,000) per person,” Therdsteerasukdi was quoted as saying by Nikkei Asia.

The new long-term visa is part of Thailand’s efforts to boost its economy by attracting more international residents. The Interior Ministry said last month that it would draft regulations to offer land ownership to eligible foreigners.

Under the proposed scheme, foreigners would need to invest 40 million baht ($1 million) in Thailand for three years to be eligible for land ownership, according to government spokesman Thanakorn Wangboonkongchana.

Thanakorn said the scheme would allow foreigners to buy up to 1 rai of land (about 0.4 acres), including some tax incentives and a 10-year visa, which is aimed at skilled professionals and pensioners.

The scheme, which will be reviewed after five years, is expected to contribute one trillion baht (around $27 billion) to Thailand’s economy and increase investment by 800 billion baht ($21.8 billion).

But local organizations worried that it could result in foreigners taking up more land in Thailand.

Sanan Angubolkul, chairman of the Thai Chamber of Commerce, said the government should impose additional requirements for foreigners to buy land, such as allowing land purchases only in designated zones.

“Foreigners with the privilege must purchase first-hand land and property only and resell it to Thai nationals only, and purchases must be made in designated zones,” Sanan said.

Under current legislation, foreigners are only allowed to own at most 49 percent of a condominium building and rent land in Thailand. 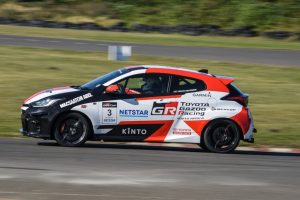 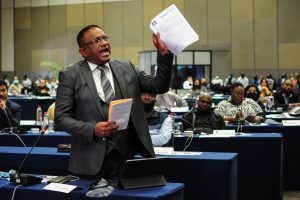