Archie Battersbee, the 12-year-old boy whose parents fought a long-running legal battle to prevent his life support treatment from being removed, has died, his mother has said.

Speaking outside the Royal London hospital, Hollie Dance said he had “fought right until the very end” and she was the “proudest mum in the world”.

Speaking through tears, she said: “In sadness, Archie passed at 12.15pm today. I would just like to say I am the proudest mum in the world.

“He was such a beautiful little boy. He fought right until the very end and I am so proud to be his mum.”

Dance and Archie’s father, Paul Battersbee, had in recent days made applications to the high court, court of appeal and European court of human rights (ECHR) to have him transferred to a hospice to die.

A last-ditch plea to the ECHR to intervene was rejected late on Friday, following a high court ruling that he must remain at Royal London hospital in Whitechapel, east London.

Archie, a talented gymnast and lover of mixed martial arts, had been in a coma since suffering a catastrophic brain injury on 7 April. His mother, who had been at his bedside almost constantly ever since, believes it resulted from him choking while taking part in a viral social media challenge.

Last month, a high court judge, praising Archie as having “an infectious enthusiasm for life”, ruled it was “futile” to keep treating him.

In an interview with Sky News, recorded on Friday, Dance, of Southend-on-Sea, Essex, said the hospital had made it clear there were no more options and that life support would be withdrawn at 10am on Saturday.

Dance said: “The last however many weeks since 7 April, I don’t think there’s been a day that hasn’t been awful really.”

“It’s been really hard,” she added. “Despite the hard strong face and appearance obviously in front of the cameras up until now, I’ve been pretty broken.”

Asked if there was anything more she could do, she said: “No. I’ve done everything that I promised my little boy I’d do. And I’ve done it.” 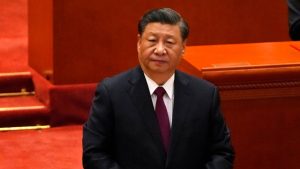 Taiwan rejected a Chinese proposal of “one country, two systems,” to reunite the disputed island with the Chinese mainland. “China issued its white paper… in 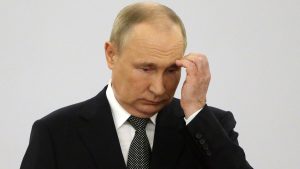 Military bases in Russia and Belarus were rocked by an outbreak in fires and explosions Thursday, just days after a Russian airbase in Crimea saw