About 10 years ago, Yehuda Ronen was invited to speak at an elementary school in central Israel about his father’s experiences during the Holocaust. He stood on the auditorium stage and waited for the children to quiet down. But the more their teachers urged them to stop fidgeting and talking, the rowdier they got.

Trying to take charge of the situation, which was rapidly getting out of hand, Ronen resorted to skills he had mastered over the years in improvisational theater. He put his fingers to his lips, pointed to the auditorium door and proceeded to introduce his father. “I want you to meet my dad, Pinchas Ronen, a Holocaust survivor from Belgium,” he said. “He drove a long way to get here and meet you all, but he will only enter that door if you promise to be quiet.”

A hush descended on the auditorium, as 120 heads turned to get a glimpse of the man behind the door.

But nobody was there.

Ronen, 58, simply became his father. In other words, he began telling his father’s miraculous survival story in first person. He shared recollections of being a first-grader in Antwerp when the Nazis invaded. He recounted how he and his family fled to the south of France, hoping to find safety there, only for his parents to be rounded up and deported to Auschwitz. He shared details of his and his sister Chaya’s stunning escape to Spain and then Portugal, before they boarded a ship to Haifa in the middle of the war.

“The kids were mesmerized,” recounts Ronen, a father of three from the central Israeli town of Kfar Sava. “You could hear a pin drop in the room.” After he finished telling the story, Ronen asked whether there were any questions.

“There was one girl who raised her hand and asked, ‘Is your sister Chaya still alive?'” he recounts. “I still get a chill down my spine when I think about it. That was the moment when I realized I was on to something.”

The last relic of the Exodus, and its incredible journey to Israel

Over the next few years, Ronen would continue to share his father’s Holocaust story at school and community events using this first-person model, each time polishing it up a bit more. He started including a slide show, for example, with old photographs and maps. He also started wearing an old-fashioned cap, the type his father would have worn when he was a young boy.

“A couple of years ago, my brother-in-law, who is also a child of survivors, asked me where I dream of taking this act,” recounts Ronen, a corporate training consultant who moonlights in playback theater. “I told him that I wanted to get as many people as possible to start telling the stories of Holocaust survivors in first person, because we are soon approaching the day when there will none left around .”

That was the first time he had ever articulated his concept. About two years ago, just before the global pandemic struck, Ronen set up B’guf Rishon (“In the First Person”), a workshop that trains descendants of Holocaust survivors to tell the stories of their parents and grandparents using his first-person model. “I see my mission as creating an entire coterie of Holocaust memory ambassadors,” he says.

The workshop involves nine meetings, in which participants, assisted by professional memoir writers and actors, learn how to collect testimonies, build and edit a story and present it to different types of audiences. The classes are all held in-person, which has created certain challenges during Israel’s on-again-off-again lockdowns, but to date, a total of 200 participants have graduated from B’guf Rishon workshop, and about half are already applying their newly-honed skills before audiences.

Actress Esti Zackheim at a recent workshop. “If you want to connect with your audience, you need to use your hands.” Amir Levy

How to use your hands

On a recent rainy Friday morning, about 20 residents of the central Lev Hasharon region were gathered in a small event hall at Nitzanei Oz, a small agricultural community, for their first of four sessions devoted to story presentation and audience engagement. Joining them for the three-hour session was Esti Zackheim, a well-known Israeli actress, who was there to provide pointers on enunciation, body language and delivery. “Look at your hands,” she chides one of the participants after a practice run. “You’ve got one in your pocket and the other holding your mask. If you want to connect with your audience, you need to use your hands.”

Yehuda Moshonov, a resident of Horshim, a nearby kibbutz, is the child of Holocaust survivors from Bulgaria. But it is not their stories that he is practicing on this day. Instead, Moshonov, 69, has taken it upon himself to share the story of Abba Kovner, the celebrated Israeli poet and partisan leader who survived the Vilna ghetto. Moshonov says he has long felt a special connection to Kovner, who testified at Adolf Eichmann’s trial in Jerusalem and died in 1987.

“For nearly 50 years, every year at the Holocaust Memorial Day ceremony on our kibbutz, I would read Kovner’s famous poem ‘Nizkor’ [‘We Will Remember’],” he relays. “In recent years, I’ve often wondered how much the young people at Horshim really know about him.”

Moshonov decided to make it his mission educate the young members of Horshim about Kovner, and to that end, began months of intensive research. “You could say that it became an obsession with me,” he recounts.

When he learned by chance about the first-person project, Moshonov immediately signed up and didn’t even have to think twice about who his subject would be.

Rina Czapnik, 62, participated in one of Ronen’s first workshops, which was organized for employees of Israel Aircraft Industries. Born in India, she immigrated to Israel with her parents when she was nine and had no direct family connection to the Holocaust. But her ex-husband’s parents were survivors, which meant that her children did have a direct connection. “It was a very real part of their lives growing up,” says Czapnik, who lives in Beit Hashmonai, a small community in central Israel.

About five years ago, when IAI organized a company trip to Poland to visit the death camps, Czapnik signed up. It was there that she met Paulina Kisielewska, a Polish rescuer who, as a teenager, had helped her parents feed and provide shelter to Jewish children near the city of Lvov (now Lviv). “I was blown away by this woman, and a year later, when I learned that she had died, all on her own, without any children, I resolved that I would find some way to tell her story,” says Czapnik. “That is the least she deserves.” The first-person project provided her with just the opportunity she sought .

Emanuel Rousso looks considerably younger than the other participants at the workshop in Nitzanei Oz. He is a grandchild, rather than a child, of survivors, he explains. Rousso, 36, is practicing telling the story of his paternal grandfather, Yitzhak, who was born near Athens and died six years ago. The elderly Rousso, who fought with the Communist partisans in Greece, lost almost his entire family in the Holocaust.

Emanuel Rousso with his grandfather Yitzhak and son Omri.

“I’ve told his story before at Holocaust memorial gatherings, but never until now had I imagined doing it in the first person,” says Rousso, a high school teacher from the agricultural community of Tzur Moshe.

Both of Sima Steinmets’s parents were Holocaust survivors but, as was common at the time, hardly spoke about their experiences. “I knew that I was named after my maternal grandmother, who had perished in the Holocaust, but that was about it,” says Steimets, 61, who lives in Hoshaya, a small religious community in northern Israel.

Only much later in life did her parents start sharing their experiences with their offspring, “and once they started, they couldn’t stop,” says Steinmets.

Her mother, Chava Henig, was one of four children and the only member of her family to survive. Early on in the war, as a teenager, she fled Poland to Hungary and was eventually deported from there to Auschwitz. “She was incredibly courageous and resourceful,” says her daughter.

Chava died two years ago at age 92, and during the shivah, Steinmets, a retired pre-school teacher, heard about the first-person project and loved the idea. “I did the course during the year of mourning for my mother,” she recounts. “It really helped connect me to her because it forced me to do a lot of research about what she had gone through.”

But that was not the only benefit, she adds. “I’ve already told her story in first person about 20 times, so for me, it’s a way of making sure that this story is never forgotten.”

Judy Bitton, 57, is the daughter of Holocaust survivors from Germany, both of whom eventually managed to escape to Switzerland. In addition to her job as a high school English teacher, Bitton has for years been accompanying Israeli teenagers on trips to Poland, and in that capacity, has evolved into a Holocaust educator as well.

“I’ve been telling Holocaust stories for years, but always in the third person, and that creates distance,” she says. “When you speak in the first person, it becomes a lot more personal.”

Bitton, who lives in Yokneam, enrolled in a B’guf Rishon workshop specially organized for second-generation Israelis living up north. She decided to focus on the story of her late mother, Ruth Dreyfuss, who had grown up in Manheim, a city in southwest Germany, and later fled to the south of France, where she was hidden in convents before crossing the border, with the help of local nuns, into Switzerland.

“I had already written my mother’s story years before in shorthand, but now I turned all the third person references to first person. What was ‘she’ and ‘her’ became ‘I’ and ‘me,'” relays Bitton. The research she was required to do for the course, she adds, helped fill in several holes in the story.

“I knew that my mom had lived through Kristallnacht, for example,” says Bitton, referring to the wave of anti-Jewish pogroms that swept through Germany in November 1938. “But she never mentioned that her synagogue in Mannheim had been destroyed. My research showed me that it had been. So, I included it in my story, even though I doubt that she witnessed it.”

Bitton’s maternal grandmother had owned a hat shop in Mannheim. “My mother never told me what happened to the hat shop, but I assumed that since it was a Jewish-owned business, it was also destroyed,” she says. “So, that, too, became part of my story.”

Bitton has already performed her first-person account of her mother’s survival story at several events and is hoping to include it on future trips to Poland with her students. She uses only one prop when she assumes the persona of Ruth Dreyfuss, she says: a hat. 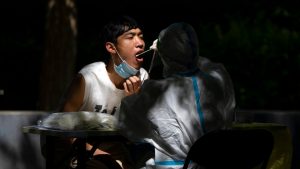 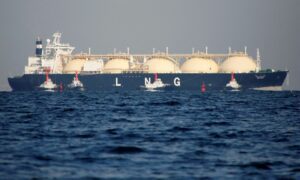