Five Taiwanese businesspeople working in China were found guilty of taking money from Chinese authorities to buy votes for a pro-Beijing candidate in Taiwan’s 2020 presidential election.

KMT is the largest opposition party in Taiwan, known for its China-friendly stance. However, despite Beijing’s efforts to meddle in Taiwan’s democratic election, Han lost his bid to unseat President Tsai Ing-wen of the Democratic Progressive Party (DPP) by a wide margin.

Among those found guilty, Lin Huai, chairman of a Taiwanese business association in Changsha, the capital city of China’s Hunan Province, received a 46-month prison sentence and was deprived of his civic rights for four years for breaching the election and recall laws, according to Taiwan’s Central News Agency (CNA) citing the court’s ruling.

According to CNA, citing the prosecutors, Lin and the four others hosted a year-end event at a Changsha hotel on Dec. 11, 2019, to encourage Taiwanese based in Hunan to return to Taiwan to vote in the 2020 presidential and legislative elections while offering them food and accommodation.

Lin and the other defendants organized gatherings, banquets, and raffles for China-based Taiwanese businesspeople and students in a bid to convince them to vote for Han, the pro-Beijing KMT presidential candidate. They also rolled out a special program that provided approximately $244 per person in airfares, helping Taiwan nationals based in China to return home before election day on Jan. 11, 2020, the investigation found.

“The CCP has always tried to infiltrate and influence Taiwan. It never stopped. [The CCP] has funds dedicated to that cause. Lin Huai’s case is a great example,” Li said.

At least 200 Taiwanese were confirmed to have taken advantage of the offer, while many more applied for the money. Therefore, Lin and the defendants were charged with vote-buying, breaching the Presidential and Vice Presidential Election and Recall Act, the ruling said.

According to the Taipei Times, the money to fund the vote-buying scheme came from the Changsha City authorities and the local Taiwan Affairs Office. The Chinese city authorities allocated approximately $550,000 to support subsidies for Taiwanese to return home to vote, with Lin and the others applying for and receiving about $235,000, citing the investigation.

The Taipei District Prosecutors Office indicted a total of seven individuals on May 8, 2020, for breaching the election and recall laws. Two of them were acquitted of the charges due to insufficient evidence.

Tung Chien-hua, vice chairman of the Taiwanese business association in Changsha, and Ho Jianhua, head of the Taipei-based Chinese women’s federation, were acquitted of the charges. However, the prosecutors said the rulings could still be appealed.

Notably, Ho Jianhua, one of the two acquitted, was a Chinese-born national who married to Taiwan and later obtained Taiwanese citizenship. She is a member of the Chinese Unification Promotion Party, also known as the Unionist Party, the Taiwan branch of a pro-CCP political party that advocates the unification of China with the self-ruled, democratic island. The party was also known for intimidating pro-democracy leaders in Hong Kong and pro-Taiwan independence leaders in Taiwan, as well as the triad background of its members.

According to a CNA report, Ho appeared to have obtained sufficient funding without needing a legitimate employment income since her affiliation to a CCP-backed organization. She is also a legislator candidate in the running for the Unionist Party. If elected, her role in Taiwan would be similar to that of a senator in the United States.

After learning the sentences of the five Beijing-affiliated Taiwanese businesspeople, former presidential candidate Han’s office said he was not aware of the events, nor did his election campaign headquarters receive any funds from the event organizers, reported CNA.

Han Kuo-yu or Daniel Han is the former major of Taiwan’s southern port city of Kaohsiung, whose status was similar to that of a governor in the United States. However, Han was also the first mayor in Taiwan to be ousted from office during the first term. Adding insult to inquiry, Han did not even make it halfway through his first term before facing a recall election.

On June 6, 2020, voters in Kaohsiung city voted overwhelmingly to remove Han from office, just months after losing his presidential bid against President Tsai Ing-wen, who is now serving her second term in the highest office. The recall had a 42 percent turnout, the highest in Taiwan’s recall history, and was supported by all but 2.6 percent of the votes cast.

Han, of the largest opposition party, KMT, had campaigned for president on a platform of forging closer ties with the Chinese regime, which claims Taiwan as its territory but has never ruled it. Han’s pro-China stance and his taking leave from the mayoral duties to run for president greatly upset Kaohsiung residents.

The recall election, with a stunning turnout, reflected Taiwan’s hardening attitude toward China, rejecting the regime’s intensifying efforts to bring Taiwan under its control.

On Dec. 31, 2019, Taiwan’s legislature passed the Anti-Infiltration Act, a law regulating the influence of entities deemed hostile foreign forces on the political processes of Taiwan, including elections and referendums. The law aimed to further limit Beijing’s tactics to subvert Taiwanese democracy. However, Lin Huai and the other defendants’ illegal acts took place just before the new law was promulgated. They were able to avoid sentences and punishments that could have been more severe. 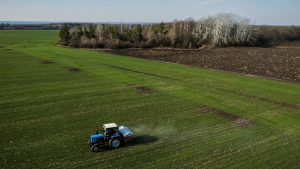