So Woakes grabs Carey, and Australia’s favourite son, Scott Boland, heads to the crease. Australia will have wanted 300 (because it’s a round number, I guess), and they may yet get there if Wood keeps bumping Lyon. Boland drives the last, square, but can’t beat point. Lyon will be on strike.

From Brian: “Good morning Sam, Hope you have solved the smoke alarm issue – possibly set off by the friction of Mark Wood’s relentless bumper barrage? Never mind rubbing two sticks together – how about two brain cells?”

I thought Wood’s approach was working wonders, he just picked the wrong guy. If you are referring to my brain cells, the horse has bolted.

Bowled! Carey chops on to Woakes. He half-prods forward, but inside edges it onto his stumps. A bit of bounce? It takes leg bail.

The short tactic continues from Wood, but Carey gets inside the line of the third ball and parries it to fine leg for four. He pulls the next to deep square for one (“good cricket”). Wood gets two at Lyon and he smashes it out of the ground for six! Kids start scurrying out on to the ground to find it. I don’t think that landed on the roof, that cleared it! There’ll be a new ball now, won’t there? These are valuable runs. Wood goes over the wicket – a win for Lyon – but it doesn’t matter, Lyon obliterates this one for six too! Straight onto the hill! What a shot, that is sensational batting. Wood was causing fear until this point, Lyon has sat him down. What a riposte. Wood has now conceded 100+ runs.

Woakes (1-50 off 12) replaces Broad, and his first is clipped for two by Carey, who pressures the hatless Broad with his running and elicits the misfield. Same again, but it’s just one to Broad, whose wide brim is now back on. Less fire this over, three from it.

From John Little via email: “For all the naysayers, England are unbeaten this year. More than can be said for Bangladesh, India and New Zealand…. just a matter of perspective.” That’s the spirit, John.

So, Wood succeeds against Cummins, bringing Lyon to the crease. Same ball, but Lyon hits down. Wood is now bowling bouncers every delivery, including to Carey. The Australian bats are almost facing chest on, legs wide apart, halfway to the crouch upon release. Wood’s at Carey’s chest, Carey stays leg side of it, and he slices it – with control – down to third for one. Lyon then pulls Wood for six! It splits Wood and Crawley who were making ground on it. Lyon plays that shot well, one knee up of course. That said, I’m probably backing Wood here. Wood is too short, next delivery.

Cummins accepts the invitation to pull, he’s not in control, it gets too high on him and Cummins – who slightly took his eye off the ball as he played the shot – hit it straight down Crawley’s throat at deep square. Cummins was in trouble facing Woof from the off… Wood’s tactic is working.

Carey chases a wide one from the round-the -wicket Broad, and his inside edge just misses the stumps. Meanwhile, a smoke alarm is going off inside my house, and it is not for smoke reasons. No one is home. Now I have decisions to make. It is not a battery issue. I think I’ve solved it. Anyway, Carey hooks one to fine leg for one and Cummins is defending to cover. Broad sends a fielder to the boundary and goes short to Cummins who pulls vigorously, achieving one run to deep square.

Thanks for the link Pezzylad. Enjoying your thoughts in text once again. So England need to rattle them out for 25 or so to make a game of it? Looked flat out there later on yesterday.

I’d ordinarily think the game is quite even, I just have reservations about England’s capacity to amass a match-winning score. That said, Root is due, and I’d like to see it.

The chest-guarded Cummins faces up to Wood, who continues with the short stuff. There’s a wide slip, someone at third, and a bat pad. Cummins is uncomfortable. He somehow gets one around the corner for one. Carey’s then backing away trying to slap him through the off-side, but missing. Funky fields and tactics now. Carey’s back and across to the next, which is also short, and he fends it into space behind square for one. Cummins has the last, and he’s jumping then ducking underneath. Whoosh. Cummins laughs as he meets Carey mid-pitch.

Broad’s in to Carey now. There’s two slips and a gully, but no pad pad to Australia’s keeper. Carey pulls him sweetly to the boundary rider for one. Cummins then works one to backward square, via the pad, and Billings hares after it to keep it to one. Carey sees off the last.

“Stop moving the robot,” is now officially my favourite sentence ever uttered on a cricket pitch. #Ashes

There’s a bat pad for Wood now. He nabs Starc as described. Cummins is next, and Wood is wayward down the legside but Billings gloves it brilliantly, sprawling to his left. Wood is clearly trying to shorten him up, as Cummins ducks another. So Wood comes around the wicket and he hits Cummins. The skipper wanted to duck, it wasn’t that high, and it careers into (what looks like) his forearm.

Not a fan of the @FoxCricket rover, then? ?#Ashes pic.twitter.com/1ctxyHdVC7

Wood bangs it in short, Starc is late on it – he top edges it and it’s caught by a backwards-running Rory Burns at square leg, easy as you like. Starc looked uncomfortable facing Wood, and Wood gets his man.

Broad’s too straight, allowing Carey to tuck him off his hip to square leg for one. Some chat on radio here about who’s ahead … most agree Australia are by virtue of England missing their opportunity in the first session. Must be said the pitch does now seem decidedly more docile than yesterday. Mike Atherton is also noting that there were some whispers that Craig Overton was set to play yesterday, before Ollie Robinson was included last-minute. I write this as we watch Ben Stokes seek an inspection of the pink ball from the umpire yet again. The cricket’s back on, and Starc looks far more comfortable coming forward to Broad than the guy at the other end. Something’s going on here … Broad has to pull out of his run-up, just before his gather, and he’s immensely put off by the Fox SpiderCam, or FoxCam, or whatever it’s called. He remonstrates with it. Michael Vaughan laughs nervously, before they cut to SpiderCam.

Wood’s first is timed quite nicely off Starc’s pads for one. Wood’s running in hard – though I suppose he always is. Carey gets one to fine leg. His partner Starc rides a throat ball into the ground quite easily, prods the next to mid-on looking a little jumpy, and that’s the over.

Broad accompanies Wood. Starc drives handsomely early on but Stokes moves around at mid off and throws the stumps down, too. Starc gets one for his trouble and is off the mark. Carey is trying to drive the next, but can’t beat mid off. The next one is in the same area: Carey leaves, deliberately.

Wood starts with a pretty sharp yorker to Carey, he jams it to square leg. Only three balls in this over, not a bad one to start with. Next one beats Carey all ends up, huge appeal, Wood is arm aloft celebrating … but then there’s doubt, and no review, and replays confirm Carey was nowhere near it. Carey defends the last to mid-off.

I said it was cloudy on screen. Well, the sun’s out now! Jerusalem is rung and sung. We’re away.

It looks cloudy on screen, but everything’s in readiness to start on time.

Ollie Robinson still battling back spasms – won’t be able to bowl in the first session but will field in case he’s in a position to later. England will hope he’s got his feet up by then…

Morning, afternoon, evening all. Well, we were treated to a whirlwind yesterday, weren’t we? From 12-3 and calls for Bellerive to be stripped of Test status, to a run-a-ball hundred from Head, to further delivery of The Cam Green Promise, and that ceaseless wonder about what James Anderson could and would have done with it all.

All in all, Australia finished with 241-6 – a scoreline most would be satisfied with after a full day’s play, only that this was achieved in 59.3 overs. Perhaps this isn’t quite the Chief Executive’s Wicket predicted ahead of the game.

Nevertheless, both teams will be hoping to push things on today. For Australia, quick runs and a shot at England under lights, and for England, crossed fingers that the Bellerive wicket does flatten out, as is the local promise.

How are you seeing things from your vantage point? Let me know via email at sam.perry.freelance@guardian.co.uk or on the Twitters @sjjperry.

Weather and other preliminary material up next… 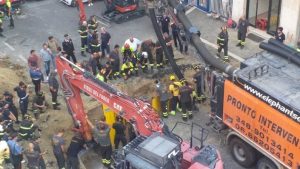 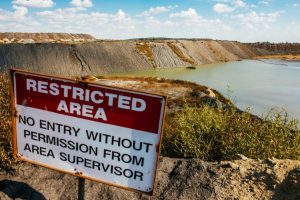