At least six activists and researchers critical of Thailand’s government were issued an alert on Wednesday from Apple Inc that warned them that it believed their iPhones had been targeted by “state-sponsored attackers.”

Prajak Kongkirati, a political scientist at Bangkok’s Thammasat University, said he received two emails from Apple stating that it was believed that his iPhone and iCloud accounts had been targeted, along with a “threat notification” on his Apple account.

The alert from Apple warns: “If your device is compromised by a state-sponsored attacker, they may be able to remotely access your sensitive data, communications, or even the camera and microphone. While it’s possible this is a false alarm, please take this warning seriously.”

Thai rapper Dechathorn Bamrungmuang, popularly known as Hockhacker from the Rap Against Dictatorship group, also claimed to have received a similar alert from Apple and posted a screengrab of the message on his Facebook page.

Dechathorn, who faced charges of sedition in Thailand, said he was “appalled” by the hacking attempt.

At the time of writing, neither Apple nor Thailand’s Digital Ministry had made any comments on the matter.

Apple also sent alerts to a number of users in El Salvador, including 12 employees from El Faro, an online digital newspaper that has been critical of the government. Two leaders of civil society organizations and two opposition politicians also received the alerts, according to TechCrunch.

In Uganda, the party president of the conservative opposition Democratic Party, Norbert Mao, also received the warning from Apple.

“When you wake up to a threat notification from @Apple that your iPhone is being targeted then you know that cyber terrorism from state sponsored cyber terrorists is real,” Mao said via Twitter.

This studio photographic illustration shows a smartphone with the website of Israel’s NSO Group which features Pegasus spyware, on display in Paris on July 21, 2021. (Joel Saget/AFP via Getty Images)

Apple had earlier sued NSO Group to seek a permanent injunction to ban the spyware maker from using any Apple product, stating its Pegasus software had been used to “attack a small number of Apple users worldwide with malicious malware and spyware”.

It was not immediately clear in Apple’s alerts whether the company believed the Thais were being targeted by Pegasus.

Reuters contributed to this article. 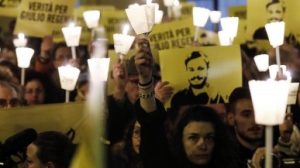 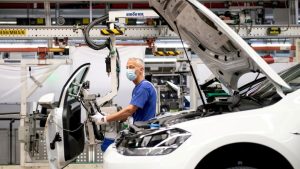