US Blacklists a Dozen More Chinese Entities Over Military Links

The U.S. Commerce Department has added a dozen Chinese companies to a trade blacklist, citing national security concerns and some of the firms’ involvement in aiding the Chinese military’s quantum computing efforts.

The list on Nov. 24 covers 27 new entities from four countries, including China, Japan, Pakistan, and Singapore, with several China and Pakistan-based entities identified to be contributing to Pakistan’s nuclear activities and ballistic missile program.

“Global trade and commerce should support peace, prosperity, and good-paying jobs, not national security risks,” said Secretary of Commerce Gina Raimondo in a statement on Wednesday.

The added entities include three affiliates of Chinese firm Corad Technology Limited, located in Shenzhen, Singapore, and Japan. The Hong Kong-based company came on the entity list in 2019 for selling U.S. technology to Iran’s military and space programs.

Suppliers will need to apply for a license before selling to these companies, which the Bureau of Industry and Security said it will likely deny.

One Pakistan-based entity placed on the list, Jiuding Refrigeration & Air-conditioning Equipment Co., is founded in Nanjing, the capital of China’s eastern Jiangsu Province. The company describes itself as a “professional Chinese manufacturer” for refrigeration and air treatment equipment and a “high-tech enterprise that integrates science, industry, and trade.”

It offers a string of environment simulation tests for military equipment such as armored vehicles, military engineering vehicles, tanks, and ammunition, according to its website that is displayed in English, Chinese, and Pakistan.

It was distinguished as a “progressive ground-level Party organization” in 2017. 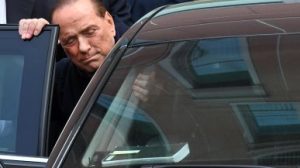